The United States is one of the most beautiful countries in the world. Spanning the entirety of the North American continent, the U.S. has the unique advantage of bordering the two major oceans of the world. With several major mountain ranges and a diverse range of ecosystems, the U.S. has a wide variety of vacation destinations. Millions of visitors travel from around the world to see the beauty that this country has to offer. From the deserts of the west to the urban metropolis of the east, the United States has so much to offer. Here are 10 beautiful places in the USA where you can have an unforgettable vacation.

New York City is the most famous city in the entire world. As a major political, cultural and social hub, NYC has become well-known for many reasons. The city that never sleeps is the perfect destination for visitors wanting an unforgettable experience. From the Statue of Liberty and the Empire State Building to Central Park and Rockefeller Plaza, New York City has an endless list of things to do and see for visitors. It is recommendable to take a guided tour in order to see all that this magical city has to offer. 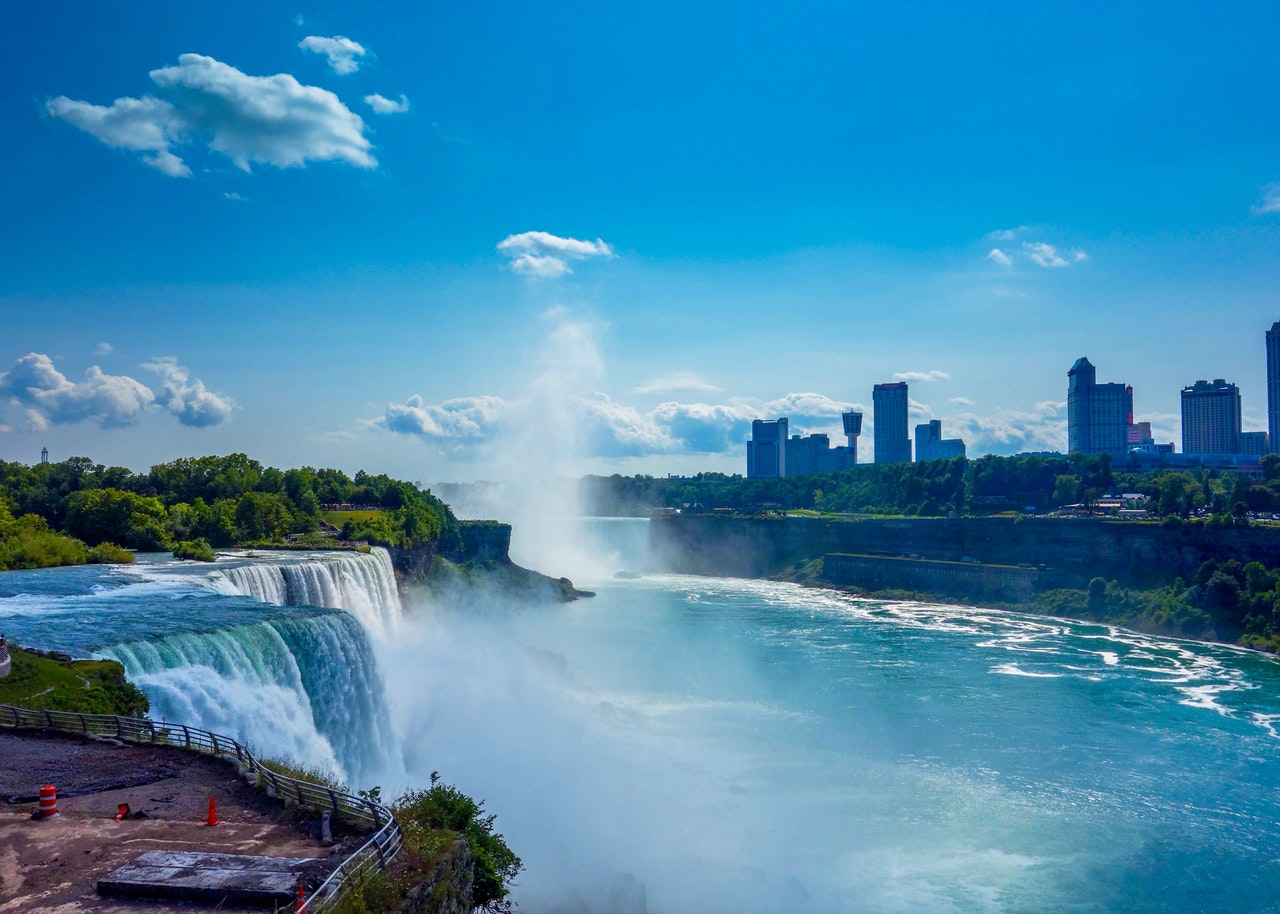 Located in the northern portion of the New York state, Niagara Falls is comprised of three stunning waterfalls. This set of falls straddles the border between the Canadian province of Ontario and the state of New York. Niagara Falls is a popular destination for both countries. Visitors can enjoy the incredible sight of these three waterfalls throughout the year. There are even boat tours and walking decks that allow visitors to get incredibly close to the massive falls.

No list of places to visit in the United States would be complete without the lively city of Las Vegas. Located in the middle of the desert in Nevada, Las Vegas is known worldwide for its premier casinos, fine dining, shopping, and live shows. This is the perfect destination for couples or individuals who enjoy partying and a vivacious nightlife. There are also many state and national parks surrounding Las Vegas for those visitors who need a healthy combination of nightlife and nature.

Grand Canyon National Park is one of the most famous national parks in the country and is home to the massive Grand Canyon. As one of the largest and deepest canyons in the world, the Grand Canyon reaches an impressive one-mile in depth. Visitors to this amazing location can enjoy beautiful hikes, stunning scenery, and a diverse wildlife population. The Grand Canyon features several different trails that offer visitors different views of the canyon from the rip to the very bottom.

Disney World is the most well-known amusement parks in the world. Although there are other countries like China and France who have their own Disney parks, the original in Orlando, Florida cannot be topped. Visitors will be enraptured by the spectacle of Main Street and the futuristic reality of Epcot. Whether dining with Disney characters or going for a ride on an award-winning roller coaster, there is something for everyone to do in Disney World.

Located in the eastern portion of California, Yosemite National Park houses some of the country’s most inspiring and epic landmarks. El Capitan and Half Dome are two iconic peaks that rise above the Yosemite floor. There are several hiking trails that bring tourists even deeper in the wonderful nature within this park. Visitors can even stay overnight in cabins within Yosemite National Park. Check it out! here.

No other city captures the beauty and culture of California quite like San Francisco. This famed city rests on the Pacific coast of the United States and offers visitors a host of fun activities and stunning sights. The iconic Golden Gate Bridge is a must-see for all those visiting this wonderful city. There are several hikes offering beautiful views of this architectural marvel. Within the city, visitors can enjoy world-class shopping and amazing cuisine.

Although Hawaii isn’t located within the contiguous United States, it’s beauty simply cannot be left out of this list. Hawaii is one of the only states in the U.S. that harbors an active volcano. The Volcanoes National Park is guaranteed to stun any visitor. Lava is currently flowing from the active volcanos into the ocean. Tours can be taken by boat to get close to these amazing lava flows. Apart from the active flows, the park is full of lush plants that have grown from the fertile soil. Kauai and the Big Island are other locations that can’t be missed for those tourists visiting Hawaii.

New Orleans is a city that often gets overlooked by visitors to the United States. Visitors will love New Orleans’ unique culture that has a mix of French, American, Creole, and African origins. This mixture has influenced the city’s architecture, cuisine, music, and atmosphere. Visitors will love the Mardi Gras parade and the never-ending live music venues scattered throughout the city. The French Quarter and Bourbon Street offer travelers a visit to older times with its historic architecture.

Yellowstone is the oldest national park in the United States and was established in 1872. This massive park spans across a large portion of Wyoming and smaller areas of Montana and Idaho. It is home to some of the rarest geothermal activity in the world which produces the geyser activity for which the park is famous. Old Faithful is one of the park’s featured geysers that is famous for its consistent activity. In addition to the impressive number of geysers and other geothermal activity, Yellowstone is home to one of the world’s largest wild bison population. There are also many waterfalls and canyons within this stunning park.

The United States has some of the most beautiful places in the world. These ten locations will offer visitors an unforgettable vacation. Whether you’re traveling with along, as a couple or with a family, these locations have something to offer anyone and everyone.