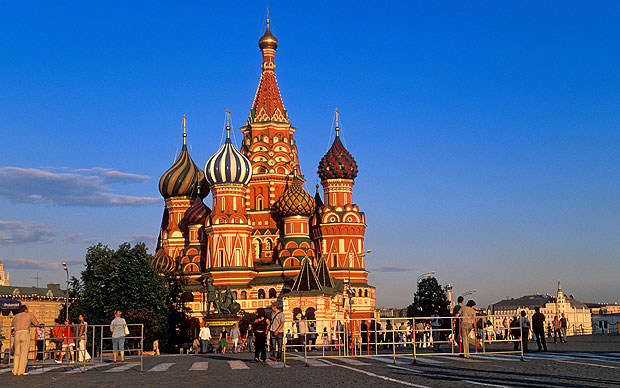 The Russian capital Moscow is no longer the mysterious, forbidding, and remote city of the Cold War years. Since the fall of the USSR, the city has become progressively more westernised and is now a popular and relatively accessible tourist destination. It still, however, retains its secrets and reminders of the past, many of which make for essential and impressive sights for today’s visitor. 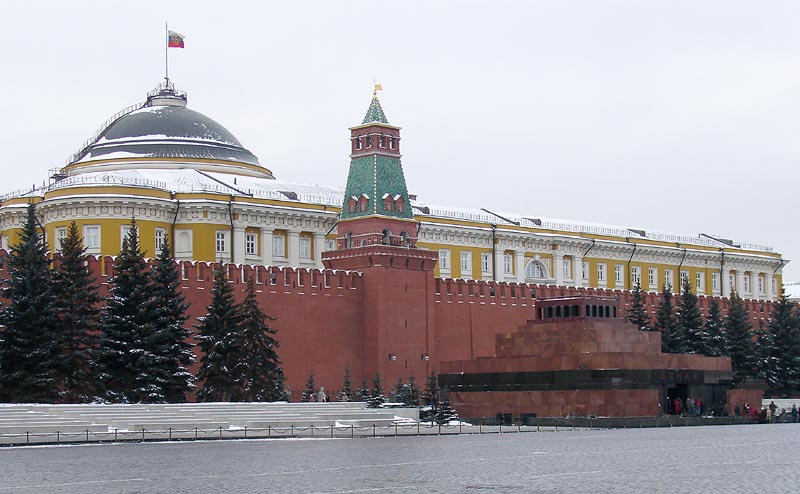 Set in the dramatic surroundings of Red Square, and overlooked by the iconic St Basil’s Cathedral, the tomb of Lenin is an enduringly popular attraction, with lines of well-wishers and the curious filing past the remarkably well preserved body of the revolutionary leader. Legend has it that in the Soviet years, a constant stream of rural peasants were involuntarily bussed in to queue at the tomb, ensuring that Lenin’s continuing heroic status and popularity could never be doubted.

Moscow’s entire subway system was decreed by Stalin to be a showpiece of the USSR’s power and majesty, and much of it was built with an opulence that contrasted sharply with the poverty of the average Muscovite. This luxuriousness is especially true of the Komsomolskaya station on the Circle line. Located under one of the busiest parts of the city, its floors and walls are clad in marble, it’s lit by extravagant chandeliers, and is filled with dramatic statues of Soviet heroes – it’s a Metro station that puts many royal palaces worldwide to shame. 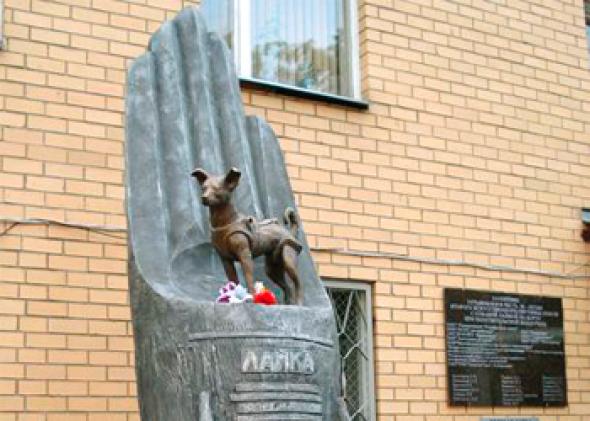 The Soviets were never shy of trumpeting their early lead in the space race, but one pioneer was until recently sadly uncelebrated. Laika, a mongrel dog taken from the Moscow streets, was in 1857 the first live animal to orbit the earth – although sadly only with a one way ticket. It wasn’t until 2008 that her heroic – albeit inadvertent – sacrifice was acknowledged with a small monument near a military research facility in Moscow.

This graveyard of Soviet-era statues and monuments is fascinating and not a little haunting. As the USSR disintegrated, many statues of communist heroes were torn down and destroyed. Many surviving pieces have been collected here on a piece of land close to the Park Kultury metro station, along with various other architectural survivors of the Stalinist and Cold War eras. 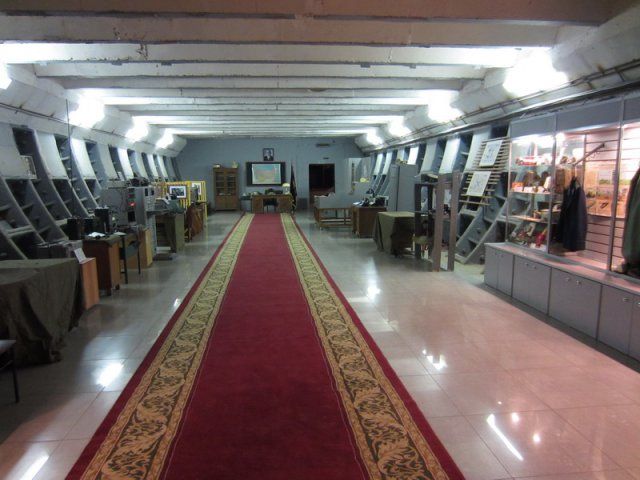 From this distance in time it’s perhaps hard to remember just how dangerous the Cold War years were (it’s doubtful any travel insurance policy would have covered a trip to Moscow in those days). The world seemed under constant threat of nuclear conflict, but Stalin ordered that a bolt-hole be built for him and other top Soviets. The result was a luxurious bunker system under the streets of Moscow, designed to allow survival of all-out nuclear war in the comfort politburo members had come to expect. Today, the formerly top secret complex is a little more accessible, with public tours available conducted by guides dressed in authentic Soviet KGB uniform – although hopefully not with an authentic KGB manner.

Previous post:
Let Me Tell You Why Skiing Holidays Are My Favourite Next Post:
Gift Ideas for Christmas