Who doesn’t love the coming of spring?  Shake off a long winter and welcome spring with one of these festivals.

All the colors of spring appear full force during the Holi festival, as spring is welcomed in a burst of vibrant dyes and powders used as playful ammo is a giant color fight.  Celebrated on the full moon, usually in late February or early March, the festival has many significances, not least of which is the welcoming of spring and a chance to resolve old conflicts and renew disturbed relationships, starting fresh with the new season.  While Holi celebrations occur throughout India, the biggest festivities are found in the north of the country. 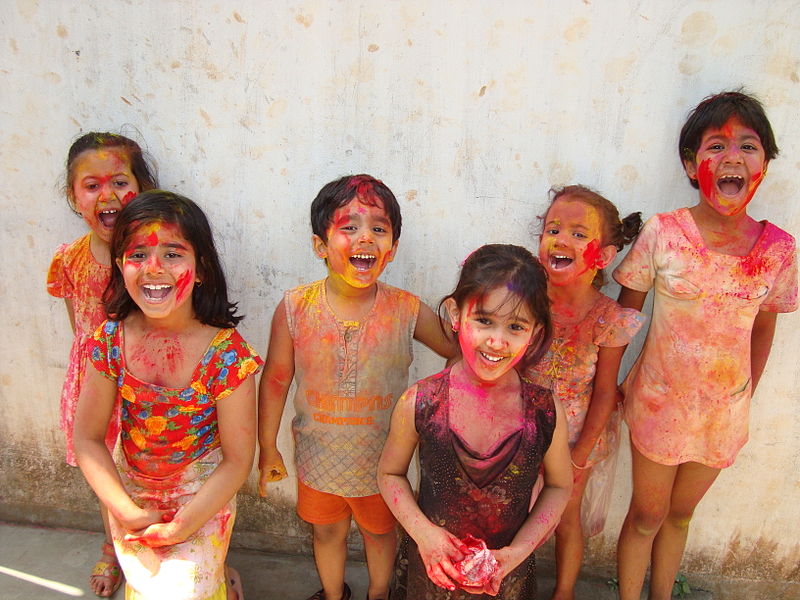 If you plan to join in the fun, wear old clothing and bring your sense of humor – you are as fair game as any one else for a splash of color as soon as you step foot on the street.  Women travellers, especially those alone, should take particular caution, as some men will use the day as an excuse to take a grab in the confusion.

For a safer, more accessible experience, avoid the major cities.  Mathura and Vrindivan, the birthplace and childhood home of Krishna, have particularly joyous celebrations, with festivities here and in the surrounding region often lasting longer than a week.  Lat Mar Holi in Barsana is a real treat, especially for women travellers worried about safety, as the celebrations center around men with shields running from the local women, who are given free reign to playfully beat them with sticks. 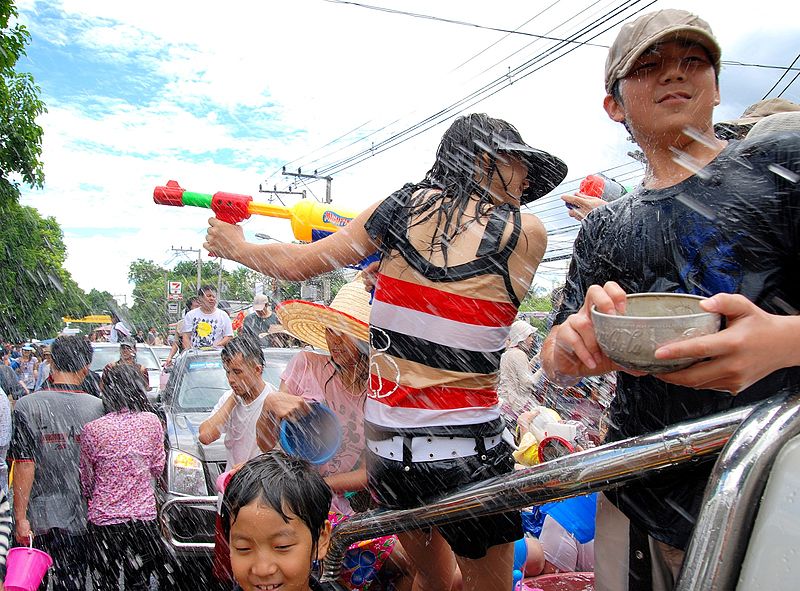 Have Some Good Clean Fun at Thailand’s Songkran Festival

Evolving from its roots as a time of purification and starting fresh, the Songkran Festival is marked with a boisterous water fight, during with people douse strangers and friends alike with water, symbolically washing all the bad away in preparation for the New Year.  The celebrations begin on 13 April with processions of Buddha statues winding through the streets followed by two days of water throwing fun.  They culminate with the welcoming of the Thai New Year on the 15th.  For a peak into the more religious elements of the festival, try and attend the observances of Wan Nao on the 14th.  On this eve of the New Year, many Buddhists pay observances at their temples, building miniature Buddhist temples in sand.

However you choose to participate, bring your sense of humor and spirit of play.  Anyone on the street is fair game, so if you get drenched, don’t get mad – get even!  Get yourself a bucket or water pistol and join in the melee.  Wear clothes that won’t become embarrassing when wet and that you don’t care too much about.  And don’t worry- temperatures in Thailand in April tend to be soaking hot.  You’ll probably glad for even the occasional bucket of ice water.

For one of the biggest Songkran celebrations, visit beautiful Chiang Mai.  This stunning city marks the occasion with a juxtaposition of Lana cultural events and exuberant partying.  Make sure to book accommodation in advance, and get vaccinated for all water-borne illnesses.