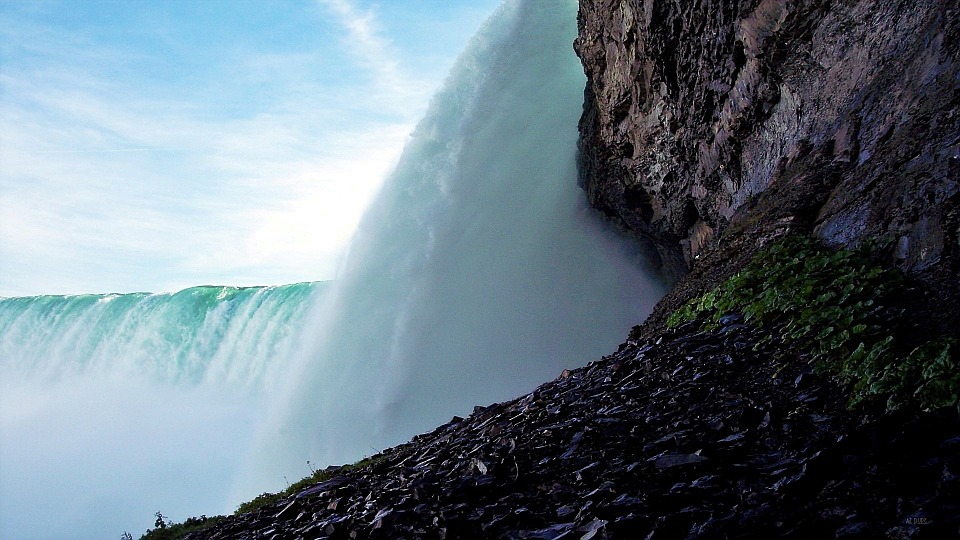 If you’re planning to visit the Niagara Falls area, you won’t regret it, but it’s always a good idea to arm yourself with information on the falls and the surrounding region before you get there. This means you’re more likely to get the most out of your stay in this unforgettable place. Ideally you should give yourself at least two or three days by the falls, as there’s lots of things to see and do, so find the best Niagara falls hotel you can afford and take your time. 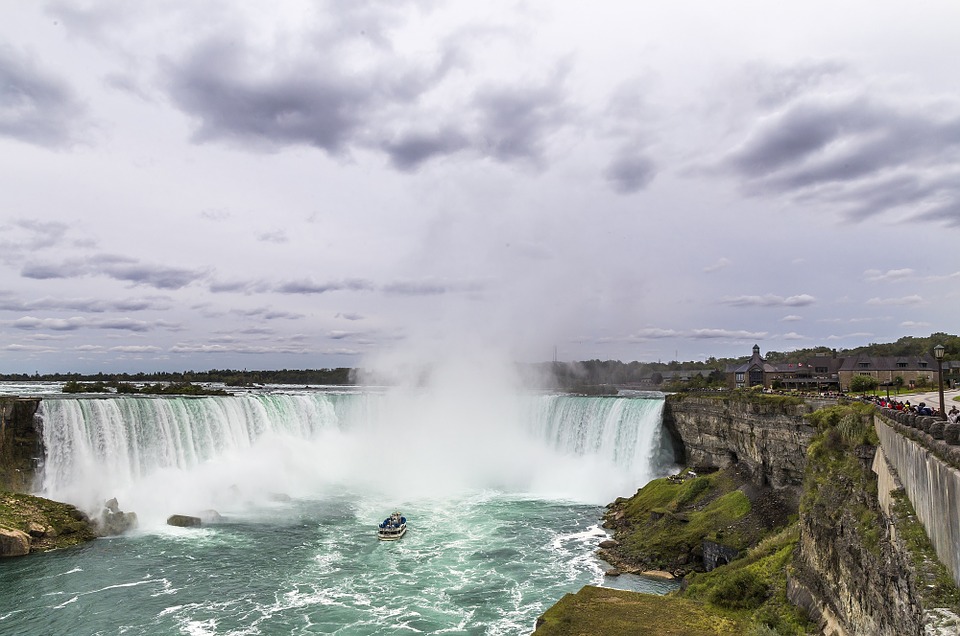 So, eyes down for some interesting facts about this famous natural phenomenon:

Niagara Falls is actually the collective name for three waterfalls that lie on the border between Canada and New York State in the US. The three falls are the American Falls, between Prospect Point and Luna Island; Bridal veil Falls between Luna Island and Goat Island and Canadian Falls, between Goat island and Table Rock.

If you don’t see a rainbow while you’re on the Canadian side of the falls, you’re incredibly unlucky. If you’re interested in seeing and photographing a rainbow, bring your camera (as well as an umbrella and waterproofs) and hang around from midday until sunset.

Fish travel and migrate over the Niagara Falls! If you’re sceptical about this, head to the Cave of the Winds (the entrance fee is around $10) and see for yourself. You might speak to someone who’s been hit by a falling fish!

Even more unbelievable is the fact that around 90% of the falling fish actually survive! It’s thought that the white foam created by the rapidly-moving water creates a cushion of dense bubbles that buffer the fish on their journey. 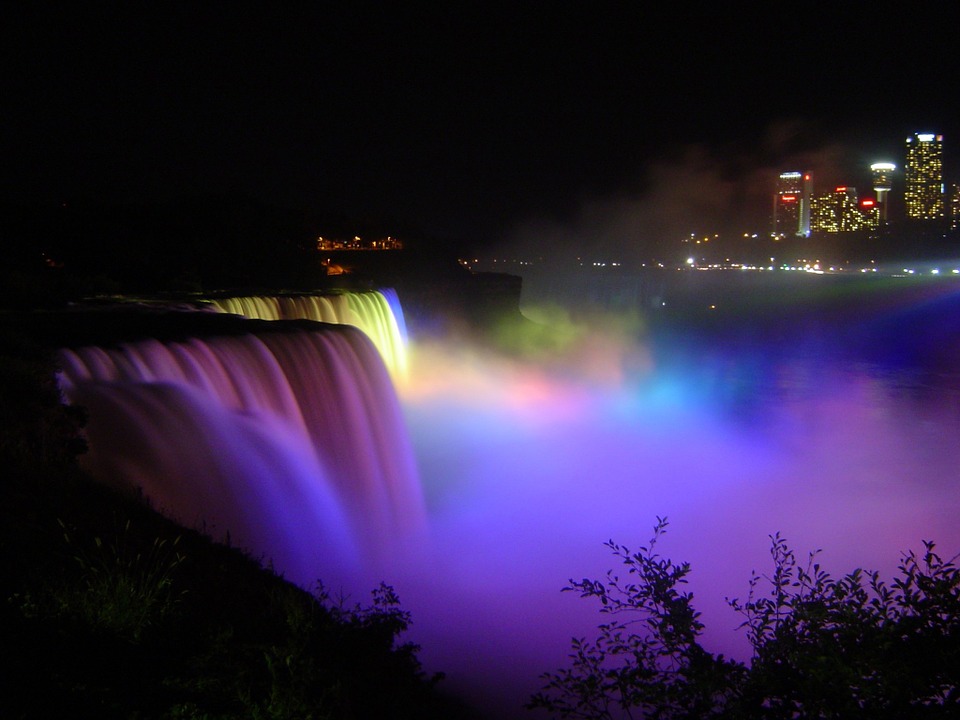 Approximately 28 million litres of water travel over Niagara Falls every minute. The speed of the water ranges from two to three feet per second.

The falls have a long history of people throwing themselves over them in barrels – with varying outcomes. The first adventurer was New York teacher Annie Edson Taylor, who plummeted over the falls on her 63rd birthday, October 24 1901. She survived and became known as the “Queen of the Mist”.

Around 20% of the United States’ drinking water has been through (or should that be over?) the Niagara Falls so if you live in the US, you’ve drunk some!

The Niagara Falls isn’t the tallest in the world, there are at least 500 other waterfalls that are taller. What makes the complex of falls unique and famous is the height and the huge volume of water that goes over it. It’s also renown for having what’s most likely the fastest water flow of any waterfall on earth.

The water that travels over Niagara Falls comes from melted glaciers. To find out more about glaciers, click here.

Some parts of the film Pirates of the Caribbean: At World’s End (2007) were filmed at Niagara Falls, as well as some scenes of Superman II (1978) and the Marilyn Monroe film Niagara (1953).

Previous post:
Five Tips For Making Your Cruise Holiday The Most Relaxing Yet Next Post:
Asian Travel Destinations Ideal for the Summer