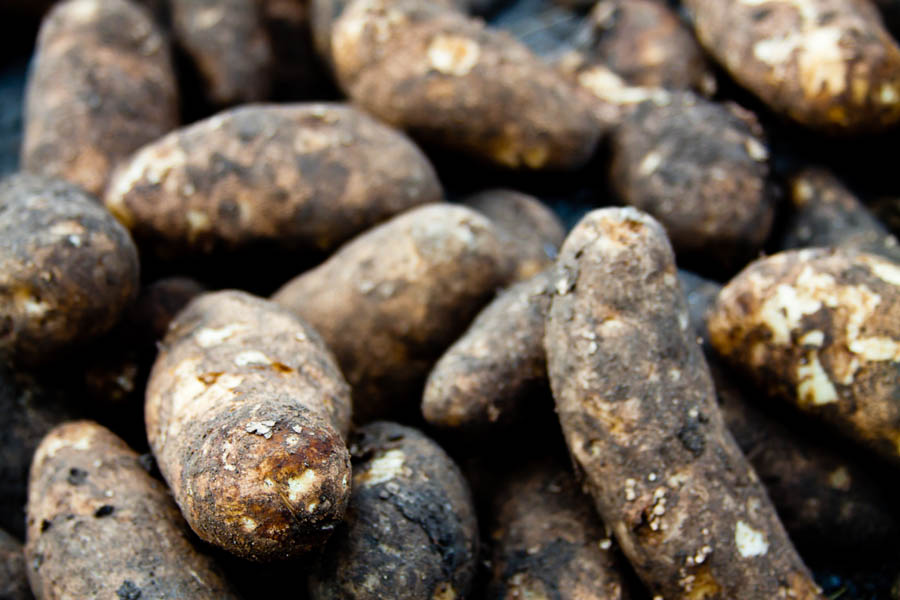 Are you a foodie with a sense of humor?  Do you love all things quirky, offbeat, and locally flavored?  Do your feet itch to travel?  If yes, these unusual food festivals from around the world are sure to inspire your wanderlust.

The humble but reliable potato gets the full fanfare it’s due each year at the Barnesville Potato Days Festival.  While wholesome old-timey festival fun abounds with events such as potato peeling contests and antique potato equipment on display, there’s also a messy, silly side to this festival, which takes place every August in Barnesville, Minnesota.  Artistic creativity flows at the Mashed Potato Sculpture Contest, where contestants take playing with your food to all new levels.  For those willing to get a little messy, Mashed Potato Wrestling awaits.  Teams of two do battle in a wrestling ring filled with mashed potatoes (actually inedible scraps that will afterwards be fed to livestock – waste not, want not!) in the spirit of ridiculous, good-humored fun.  Fuel up for your fight with the potato plates on offer- which range from standards like baked potatoes and French fries to potato dumplings, potato chip cookies, and a chocolate festival! 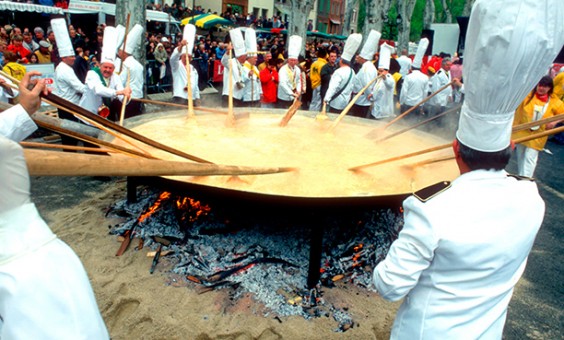 According to legend, the Giant Omelette tradition originates from somewhere around the turn of the 18th century, when Napoleon Bonaparte stopped near Bessières, France, and was served his first omelette.  He enjoyed it so much that he ordered a giant version be made for his army, using all the eggs the villagers had on hand.  The town of Bessières continued to honor this event with the festive making of a giant omelette each year, a happening two Americans on vacation stumbled upon in 1983.  They brought the idea back with them to their home of Abbeville, Louisiana, and the Giant Omelette Celebration has continued there every year during the first weekend of November.  Festivities include kids activities, arts and crafts, lively Cajun music and tasty local fare.  It all comes to a peak as 5,000 eggs are brought in a procession to a 12’ skillet, where they are combined with green onions, bell peppers, crawfish tails and spices to make a truly giant omelette.  Everybody gets a piece- after all, there’s plenty to go around!

Attack of the … Radishes?

Every year on December 23, the main square of the city of Oaxaca gets taken over by radishes.  It’s called Noche de Rábanos, or Night of the Radishes, and it draws thousands of people for its few hours span.  The radishes are specially grown, left to thrive well after the others are harvested, which allows them to reach a weight of up to 6 lbs. and a length up to 20 in.  They are then carved into sculptures – and we don’t mean rudimentary whittled forms.  These beautiful pieces depict human characters, religious figures, architectural models, and more, all thoughtfully carved in often ornate detail.  The festival continues through Christmas Eve and Christmas Day with celebratory activities of all kinds.

Conceived in 1989 to boost tourism in the area, the Monkey Buffet Festival is a food festival unlike any other.  It’s held every November in the Lopburi province of Thailand, just north of Bangkok.  The Old Town of Lopburi is home to some beautiful temples reminiscent of the architecture of Angkor Wat.  It is also home to the more than 3000 monkeys that have made the town their home, with the temple as headquarters.  The monkeys here are fearless, and a bit of a nuisance to the locals, but feeding and caring for them is considered an act of merit by the mostly Buddhist population.  In all likelihood, it is a combination of this and the draw of tourists that saves these cheeky creatures from being driven out of town.  The are treated with special reverence, however, at the yearly buffet, receiving cordial, formal invitations and dining on a huge, lavish spread of chef prepared fruits, sticky rice and the special, labor-intensive traditional dessert Thong yod.  Don’t forget your camera – just make sure it doesn’t get “borrowed” by a monkey intrigued by its shine!