While Dublin city has a myriad of great attractions, sometimes there’s nothing better than getting out into the fresh country air and enjoying a long walk or hike in the surrounding countryside. So if you want to be surrounded by the best views and scenery that Dublin and its neighbouring counties has to offer than you have no more to do than book into a cheap and cheerful hotel in the city centre like Travelodge Dublin Hotels and read on for five great suggestions on where you can stretch your legs near Dublin. 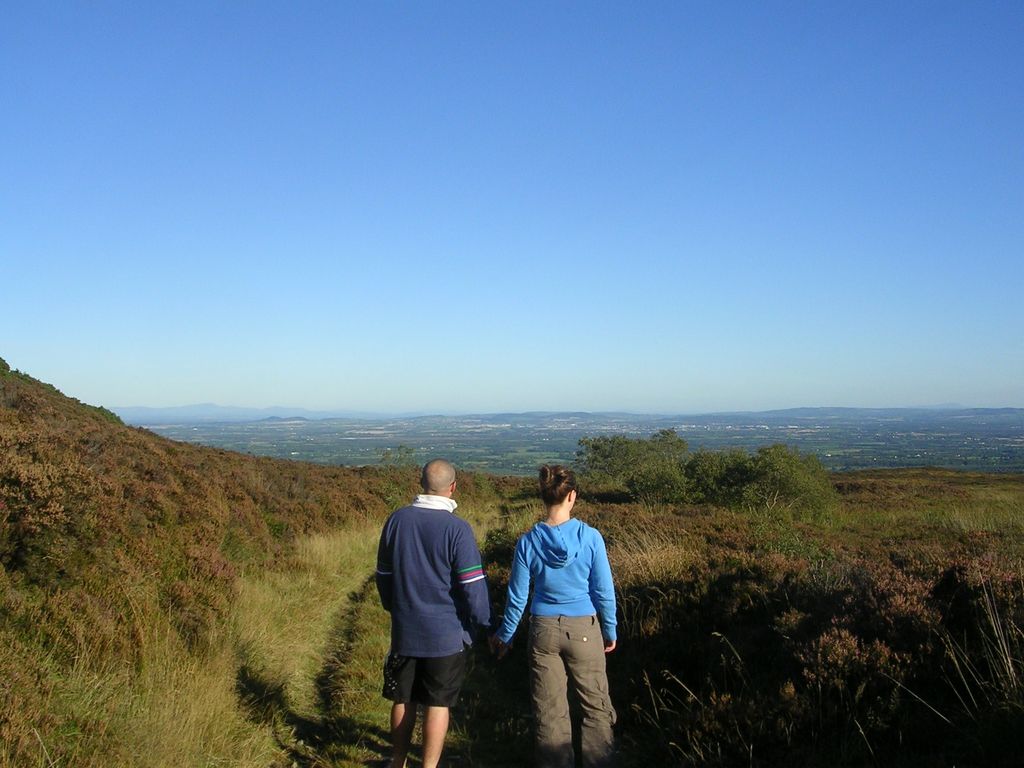 Malahide is a charming fishing village on the fringes of Dublin city and the starting point for a fabulous walk and a real favourite of many Dubliners. Running along the coast from Malahide beach to the lovely seaside town of Portmarnock, the Coastal Walk gives you wonderful views of Lambay Island and Howth peninsula as well as a complete change from the more frenetic pace of the city centre.

Easily accessible from the DART station in Malahide, this is for walkers of all abilities and fitness level as you hike along the rocky coast from low to high rock and across long golden sandy beaches as you come to terms with the stunning views of Dublin Bay.

In neighbouring county Wicklow, this hiking trail is for the more experienced and fitter walker with some 80 miles of paths from the suburbs of Dublin city through to the Wicklow Mountains. The middle portion of the trail is the best path to travel, starting from the picturesque Glendalough and following paths both easier and more difficult like the 19th century Military Road built by the British army. The scenery is spectacular as you hike through lush valleys surrounded by rugged mountains and burning off those last few calories.

3: The Slieve Blooms in County Laois

A bit further down the country from Dublin city centre, the Slieve Blooms inland trail is as close as you can come to unspoilt nature. Leave the bustle of city life a long way behind and hear nothing but the birds in the trees on this circular trail of over 30 miles carved out from the midland plains and following mountain tracks. The place to head for is Arderin, the highest point in the Slieve Blooms, where you’ll find the most outstanding views of the surrounding countryside. The view is so good that it is reputed that the four highest points of each Irish province can be seen from that one spot. Of course, that depends on the inconsistent Irish weather.

4: The Hellfire Club in the Dublin Mountains

The Hellfire Club location is only about 4 miles from south Dublin and offers a variety of forest hikes including the best-known one to Montpelier Hill, which overlooks the city from south west. This spectacular location is associated with many local legends including blood sacrifice and devil worshipping but is primarily connected to a group of 18th century noblemen drinkers who were said to gather in a hunting lodge on the top of the mountain to dice with the devil and gamble away their fortunes. There are still the abandoned ruins of that lodge but the impetus to visit nowadays is the quite amazing view of Dublin Bay.

Another of Dublin’s charming fishing villages, Howth, is the starting point for this walk along the coast. You can begin straight from the DART station at Howth and the trail takes you through the village before you find yourself on the sea cliffs and this Dublin coastline hike. Wildlife enthusiasts will love this ramble including Ireland’s Eye and its bird sanctuary as well as the insects dotting the yellow gorse on the heath as the walker passes by. The view though are worth this walk on their own with the aforementioned Ireland’s Eye and Lambay Island seen to their best along the way.

Previous post:
Jetting Off: 6 Things Every Woman Should Pack Next Post:
Moving Abroad? Here’s how to make it a smooth process