Something Different: World Cities With A History To Lose Yourself In 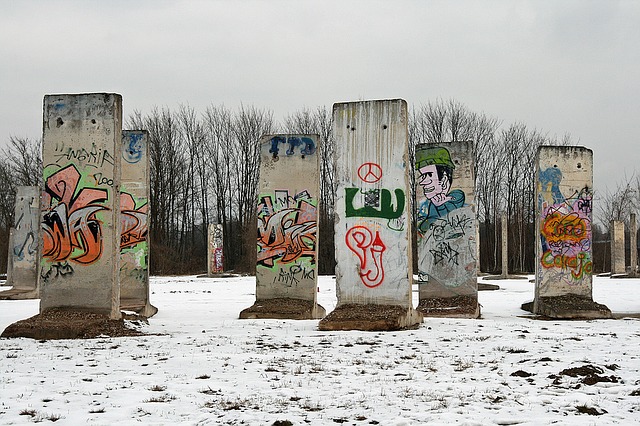 If you holiday to London, you’re likely to have a few destinations ready in your mind to go and see. Among them will be Buckingham Palace, the Tower of London and Westminster Abbey. Similarly, if you visit Paris, the Palace of Versailles and the Eiffel Tower will be on your itinerary. You could to the same for any major world city. What do these destinations have in common? Simple – it’s their history.

Even the most modern cities will have historical spots. Although we may gravitate to shopping streets and fancy hotels, those can be found anywhere. Name any town in the world and, when it comes down to it, the thing that marks it out as unique will be the rich history that the place holds.

This is why cities like London, Paris and New York attract millions of tourists every year. And so, when planning a holiday, it’s worth cracking a history book to look deeper. Or if you’re feeling lazy, just Google it.

Failing that, read on to find out a bit more about the historical attractions of some of the world’s favorite tourist spots. No, there’s nothing to stop you doing some sunbathing as well. Apart from the lack of sun in some places, but we can’t control the weather.

If you really want to get value from a holiday, though, it only makes sense to find some of the heart and soul of a city. The kind of detail that is given to it by a strong history. 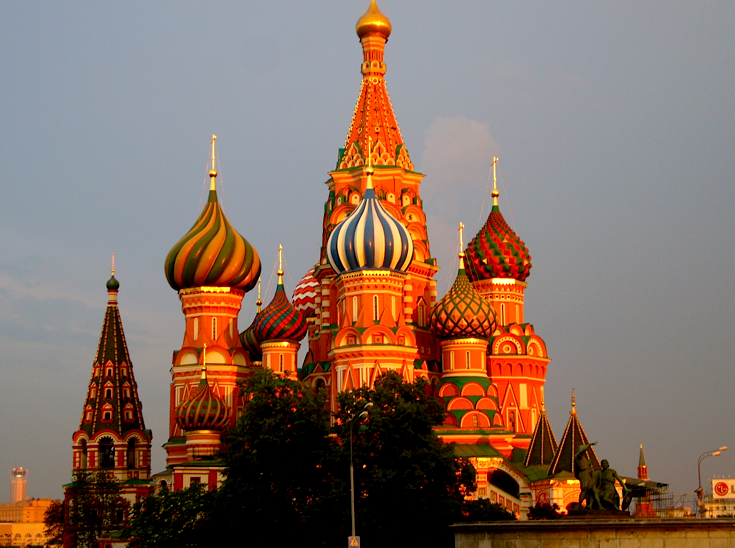 It’s fair to say that Moscow, and Russia in general, aren’t everyone’s cup of tea as a tourist destination. It doesn’t take a long memory to be aware of a time when East and West were set very firmly against one another. Indeed, it’s not exactly 100% in the past even now. However, the world has opened up in the last twenty-five years, and there is a lot for the curious tourist to see and do in Moscow.

For a start, no trip to this part of the world would be complete without a trip to the Kremlin. First things first – although people refer to it as the seat of Parliament, it is not. The national parliament is actually the Duma.

The Kremlin, for its part, is a fortified structure which includes among it the residence of the President. It is, essentially, the Russian version of the White House, or 10 Downing Street.

Over the years, the Kremlin has been home to Tsars and Dukes, and since the Russian revolution of the early 20th Century, it has housed the President. Twenty minutes’ walk away you’ll find St. Basil’s Cathedral.

Although the name implies it is a religious building – and its history is in that vein – it has been secularized since 1929. Occasional religious services take place there, but it mainly functions as a museum these days.

In the present day, Spain may occasionally be referred to as a “nation divided.” In regions such as Catalonia and the Basque territories, people often identify with the region ahead of the nation. In many cases, they do not identify with the country at all.

With that said, there are people alive today who can remember a time when Spain was at civil war. Few areas of Spain are as iconic in that history as Barcelona’s Las Ramblas.

The street is lined with classic gothic architecture, much of it religious in nature. Those buildings were, between 1936 and 1939, frequently a target for the planes of Franco’s fascist government.

George Orwell, who was in the city at the time, references the battles that took place in his book Homage To Catalonia. Las Ramblas on its own is worth the Barcelona airport transfers to the city; it’s a fascinating site.

If you’ve got time on your hands, you could then take an hour’s leisurely stroll to La Sagrada Familia. If you haven’t got that much time (or your legs aren’t in the mood), a taxi is the best way given how crowded the metro is.

Building started in 1882 and is expected to be completed by 2028. Yes, 146 years is a long time, but bear in mind that the civil war interrupted building, and under Franco was sporadic at best. However unfinished it may be, the cathedral is a modern wonder, and an essential stop for any Barcelona tourist. 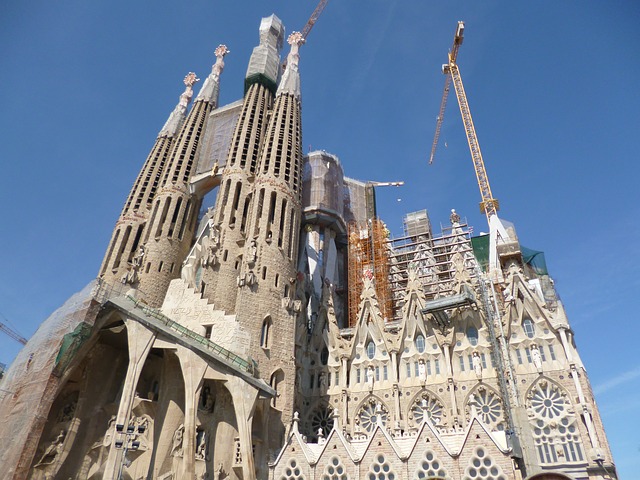 Istanbul is Turkey’s largest city though not the capital (this is actually Ankara, a worthwhile bit of knowledge if you’re on a quiz team). It is also the point where the country goes from Europe to Asia. Indeed, although Turkey is seen by many as a European country, the bulk of its landmass is in Asia.

This makes Istanbul a city of some importance. The geographical and historical quirks that underpin this separation are illustrated by Hagia Sophia.

Built in 537 AD, Hagia Sophia was initially an Eastern Orthodox cathedral, and was converted to a Catholic one for part of the 13th Century. In 1453, it became a mosque under the Ottoman Empire and remained that way until 1931. Since 1935, as a secular building (reflecting Turkey’s move to become a secular state under Kemal Ataturk), it has served as a museum. That’s the very definition of a checkered history, you’ll surely agree.

The building looks out over the Bosphorus, across which the 15 July Martyrs Bridge spans. A drive across this bridge will take you to another continent entirely – one of few places in the world you can say that about.

After World War II, Berlin was divided between the four superpowers of the time – France, Britain, the US and USSR. The idea was that each superpower would run their area until Germany was back on its feet. This agreement took all of two years to collapse.

The famous Berlin Wall was not built until 1961, which means that for all its iconic historical status it only stood for 28 years. It was built to stop East German citizens from escaping to the West. Looking for better-paid work, more than 2.5 million had done just that.

Seen by many as the beginning of the end of the Cold War, the 9th of November 1989 was the day the Wall came down. It was marked by a concert from David Hasselhoff, as though people hadn’t suffered enough.

Part of the Wall has been preserved as a landmark; other parts have been sold on to memento collectors. With that said, if every brick marketed as an “authentic” part of the wall actually was, then the wall could probably have gone around the world. Also still standing is Checkpoint Charlie, which was the crossing-point between the east and west of the city from 1947 onwards. It’s now housed in the Berlin Allied Museum.

You may not consider yourself a historian in any significant sense, but there is no denying that a city’s history makes it a more fascinating place to visit. Spending a bit of time looking at the landmarks that helped to shape a place gives you a real sense of what has gone before. Whether that history is more than a millennium old, or less than a century, it’s always worth seeing.

Previous post:
Bucket List Worthy Destinations To Travel To Next Year Next Post:
From Amsterdam To Berlin: Easy Ways To See More Of Europe During One Trip!