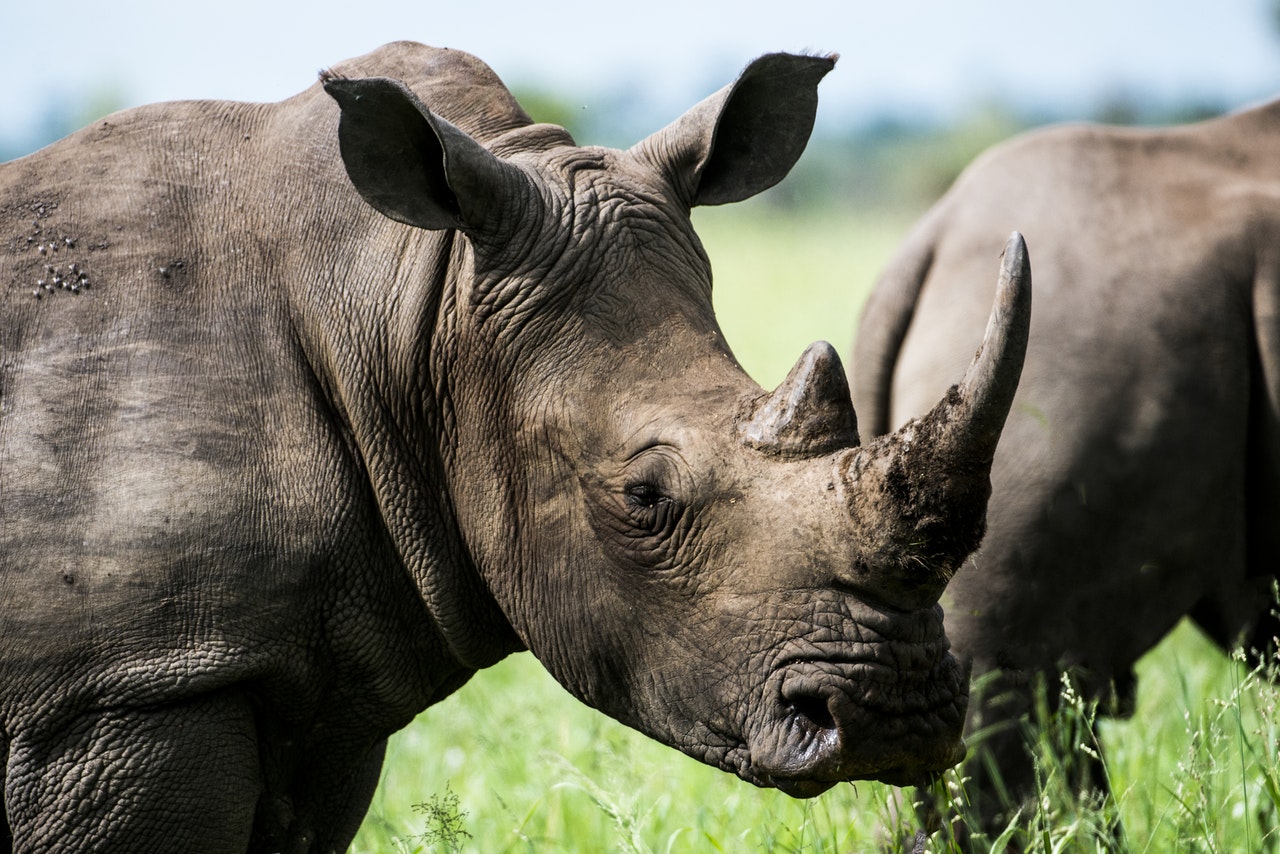 The rhino is one of South Africa’s iconic Big 5, but for how much longer remains to be seen. Save the Rhino International stated that ‘1,028 rhinos killed in South Africa alone during 2017 works out to be nearly three rhinos killed every day. While poaching is down in Kruger National Park, it is significantly up in other provinces, particularly KwaZulu-Natal.’

If you’re asking yourself, ‘why are rhino killed/poached?’ It’s simple. Their horns are made primarily of keratin which is a common component of traditional Chinese medicine, practiced in China, Vietnam and other parts of east Asia, making it extremely valuable. The high demand and increasing rarity for rhino horn has turned poaching into a lucrative ‘business’; rhinos are regarded by poachers as mere objects, not beautiful animals.

The IUCN Red list states that the species of black rhino is ‘critically endangered’ and white rhino are ‘under threat’. It’s a dismal tale to say the least. According to the World Wildlife Foundation (WWF), the population of white rhino lies between 19, 600 – 21, 000 in South Africa.

Between 2007 ­to 2014, there was a 9000% increase in rhino poaching in South Africa – what a sickening statistic! The only difference between a drug cartel and rhino-horn-

trafficking syndicates is the products that they trade.

From 2015 onwards, there has been an annual decrease in poaching in the Kruger National Park; thanks to a collaborative effort between donors and the South African government to channel more funds into conservation efforts.

While the annual decreases are encouraging, the number of rhinos being poached is still extremely concerning. The outlook for rhino population growth is grim. It seems that even though South Africa is increasing conservation efforts, poachers are becoming more proficient at changing their target sites and trafficking strategies.

However, it’s still possible to see rhino in the Kruger National Park and the Greater Kruger, so the best time to witness the legendary Big 5 is right now. If you want to enjoy the joy of a safari in an exclusive, luxurious setting where you will receive 5-star service, choose one of many game lodges in South Africa.

Owing to its superior position in the Balule Nature Reserve in the Greater Kruger National Park, Pondoro Game Lodge offers guests private game drives; the expert guides will use their vast knowledge of the area to ensure that you’re able to set your eyes on a rhino – it is truly a sight that will be ingrained in your mind forever.

Even though conservation efforts are being made, the bottom line is that the rhino-horn trade is simply too lucrative and South Africa is going to have to resort to much more drastic measures to help keep our beloved rhino safe.

Mark works for Pondoro, loves to travel and has been writing about his experiences across the globe for a few years now. He is passionate about sustainability and Eco-travel, working hard to educate and inform wherever possible along the way.

Previous post:
What Do You Wear for a Wedding in a Different Culture? Next Post:
Clever Ways to Save Money for Travel